The Brazilian Crisis and the New Authoritarianism

Three decades after liberal democracy replaced the military dictatorship of 1964–85, the far right in Brazil has made a comeback, most starkly with the electoral victory of Jair Bolsonaro in 2018. Bolsonaro, however, is not an isolated individual; rather, his government is characterized by an authoritarian style of neoliberalism built on a series of alliances, a prominent one of which is with the judiciary. This coalition boasts connections with the military and police forces, the evangelical religious right, and agribusiness. 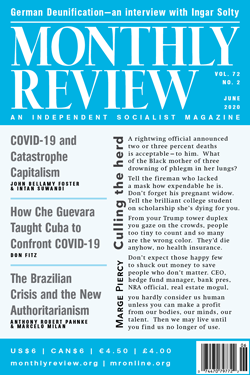