Notes from the Editors, September 2015

buy this issue
In the U.S. case, imperialism has always been closely tied to a system of racial domination at home. As W.E.B. Du Bois wrote some sixty years ago in "Negroes and the Crisis of Capitalism in the United States" (Monthly Review, April 1953; reprinted in April 2003),
The United States, with its existing social structure, cannot abolish the color line despite its promises. It cannot stop injustice in the courts based on color and race. Above all, it cannot stop the exploitation of black workers by white capital, especially in the newest South. White North America beyond the urge of sound economics is persistently driving black folk toward socialism. It is the United States which is straining every effort to enslave Asia and Africa, and educated and well-to-do black Americans are coming to know this just as well as anybody. They may delay their reaction; they may hold ominous silence. But in the end, if this pressure keeps up, they will join the march to economic emancipation [the struggle against capitalism], because otherwise they cannot themselves be free.
Despite the gains of the civil rights era, the reemergence of what is now called the "New Jim Crow," based on the mass incarceration and repeated police killings of unarmed black men, shows that the old systems of racial control have been "modernized" in the present, maintaining the color line, if in modified fashion: not only in relation to black Americans—though they have a special position emerging out of the whole legacy of slavery…—but also with respect to all other people of color as well. 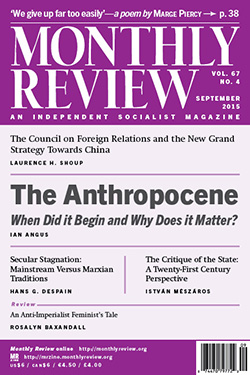