Notes from the Editors, November 2003

In this number we are celebrating the hundredth anniversary of W. E. B. Du Bois’ The Souls of Black Folk by devoting a special issue to race and imperialism. MR is proud to have had a connection with Du Bois. Fifty years ago he wrote his famous article Negroes and the Crisis of Capitalism in the United States for MR (April 1953; reprinted in the magazine last April). In addition, Monthly Review Press is the publisher of Du Bois’ Education of Black People: Ten Critiques, 19061960, edited by Herbert Aptheker. This was a book that Du Bois had planned, based originally on seven critiques of education that he had delivered as speeches over the years. But his attempts in the 1940s to get it published proved futile. One publisher after another turned down the work—no doubt scared off by the very same ruthless critique that made his work so valuable. Yet, Du Bois never gave up hope of bringing out this book and it was found among his papers after his death in 1963. The published version, which was announced in the MR Press catalog in 1973 and has remained in print ever since (a new edition with a new foreword by Aptheker was brought out in 2001), included the original seven critiques and the short introductions that Du Bois had written for each of them for the book. It also contained three critiques of education that he had written in subsequent years. Everyone interested in the effects of race and class exploitation on higher learning in the United States would gain from a careful study of this profoundly humanistic, often lyrical, and fundamentally subversive work. In his 1908 lecture, Galileo Galilei, included in The Education of Black People, Du Bois wrote: The greatest gift that a scholar can bring to Learning is Reverence of Truth, a Hatred of Hypocrisy and Sham, and an absolute sincerity of purpose. There is no doubt that Du Bois exemplified this principle throughout his entire life 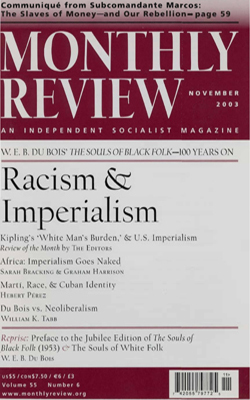