The chief, indeed the only, justification that Washington offered for its invasion of Iraq during its build-up for war between September 2002 and March 2003,was the need to disarm an Iraqi regime that Washington contended had broken UN resolutions banning weapons of mass destruction in that country. The problem, though, was that there was no hard evidence that Iraq, which had effectively destroyed its weapons of mass destruction in the 1990s under UN supervision, had any such weapons—or if it did that they were functional and constituted a significant threat. Nevertheless, the Bush administration continued to insist (based on speculation, hearsay, and what turned out to be fabricated evidence) that Iraq had such banned weapons in significant quantities and was actually deploying them. In an extraordinary propaganda campaign in which the whole mainstream media took part, the U.S. population was led to believe that they were in imminent danger of attack from these phantom weapons and had no choice but to support a pre-emptive invasion of that country 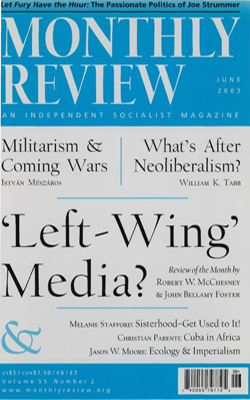