Notes from the Editors, April 2003

Truth and conscience, and with them art, are the first casualties of any war. The impending U.S. invasion of Iraq has already provided us with two major examples of this. The first of these was the cancellation by First Lady Laura Bush of a White House Symposium on Poetry and the American Voice scheduled for early February 2003, once it was discovered that some of the invited poets were voicing opposition to Bush administration plans for an invasion of Iraq and might use the occasion to address the conscience of the country on the war. (Upon receiving the White House invitation, as explained in this issue, Sam Hamill, founding editor and co-founder of Copper Canyon Press, issued a call for the establishment of Poets Against the War. His call was answered by thousands of poets, including many of the country’s leading literary figures, who offered their antiwar poems. Some of this poetry protesting the impending war is printed for the first time in this issue of MR.) 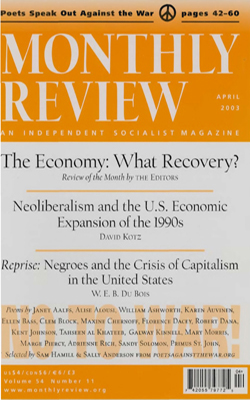