Notes from the Editors, November 2002

On September 10, of this year, an interview entitled, Nelson Mandela: The U.S.A. is a Threat to World Peace, appeared as a Newsweek web exclusive, http://www.msnbc.com/news/806174.asp. In this interview, Mandela reviewed some of the history of U.S. interventions in the Middle East—including U.S. support of the Shah of Iran, which led to the Islamic revolution in 1979, and U.S. arming and financing of the mujahedin in Afghanistan, which led to the rise of the Taliban. He went on to say, If you look at those matters, you will come to the conclusion that the attitude of the United States of America is a threat to world peace. Because what [America] is saying is that if you are afraid of a veto in the Security Council, you can go outside and take action and violate the sovereignty of other countries. That is the message they are sending the world. That must be condemned in the strongest terms. Later, on September 16, when Washington condemned as mere duplicity Iraq’s offer to allow unconditional inspection of its weapons facilities by U.N. inspectors, and again threatened war, Mandela asked: What right has Bush to say that Iraq’s offer is not genuine? We must condemn that very strongly. No country, however strong, is entitled to comment adversely in the way the U.S. has done. They think they’re the only power in the world. They’re not and they’re following a dangerous policy. One country wants to bully the world (Guardian, September 19, 2002) 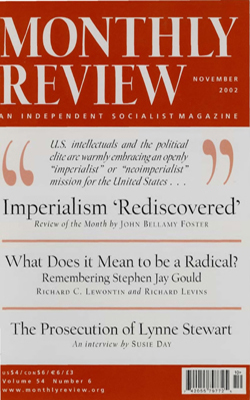