America Must Be Told

Americans who get all their information from reading their own newspapers are apt to have a picture of Aneurin Bevan as a sort of left-wing British analogue of McCarthy. This is an absurd distortion of the truth. Actually, Bevan is the best friend the American people have in Britain for the very simple reason that he is the most uncompromising spokesman for peace and international sanity. In the interest of setting the picture straight we publish below, by special permission, Mr. Bevan's leading article in the April 16th issue of the London Tribune. For how large a group in Britain does Bevan speak? It is impossible to give precise figures, but it is certain that his real strength is at the grassroots level rather than in Parliament or in the Labor Party apparatus. This is indeed the most hopeful aspect of the present situation, for it holds out the promise of future change in the right, or rather left, direction. We cite the following interesting testimony, contained in a letter from England by a self-styled "extreme right winger" which appeared in the New York Times Magazine of May fifth: "Of the local Councils in England (approximating American wards) 62 percent are Socialist-dominated. On a random poll taken during April of 200 separate members (Socialists) of these particular Councils, not less than 84 percent of the effective replies supported Bevan individually and his actions generally.... Even more so, in the constituencies, where over 70 percent of the vote is pro-Bevan…" —The Editors 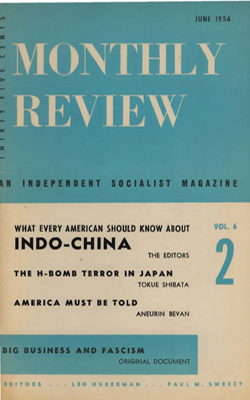