Race Is About More Than Discrimination

Racial Capitalism, the Settler State, and the Challenges Facing Organized Labor in the United States

Organized labor—based on white-exclusive and later white-dominated, though not necessarily exclusive, trade unions—formed itself as part of the settler state, not in the sense of being an apparatus of the state, but in the sense of accepting certain important precepts. The unions took for granted the nature of the settler state and, as such, conceived that the unions were to exist to serve the "legitimate" population, or at least the working class of the legitimate population. 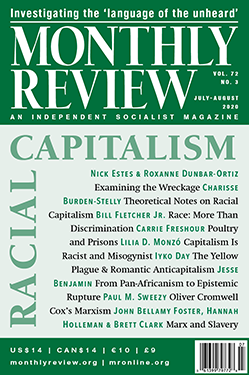