At the bicentenary of his birth, Frederick Engels's reputation as an original thinker is, among Anglophone academics at least, at its nadir. Despite the recent global economic crisis and associated increases in inequality that have tended to confirm Karl Marx and Engels's general critique of capitalism, Marxism is an optimistic doctrine that has not fared well in a context dominated by working-class retreat and demoralization. But if this context has been unpropitious for Marxism generally, criticisms of Engels's thought have a second, quite separate, source. Over the course of the twentieth century, a growing number of commentators have claimed that Engels fundamentally distorted Marx's thought, and that "Marxism" and especially Stalinism emerged out of this one-sided caricature of Marx's ideas. 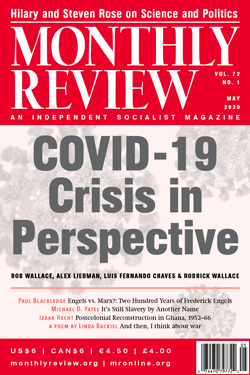