The Origins of the Seattle General Strike of 1919: The Timber Beast

Seattle in 1919 was an island in a still immeasurable sea of timber. The Pacific coastal forests were estimated to contain nearly two-thirds of the timber in the country, and the Washington State forests accounted for the largest part of these. The physical hardships associated with the lumber industry, including isolation deep within the rain forests, made working conditions an even more miserable burden than low wages. The work was seasonal and layoffs were common; the completion of one job might mean termination and the search for work elsewhere. When the winter rains brought an end to work in the woods, the state's loggers fled to the city, not welcome elsewhere. In some years, there might be thousands on Seattle's streets. 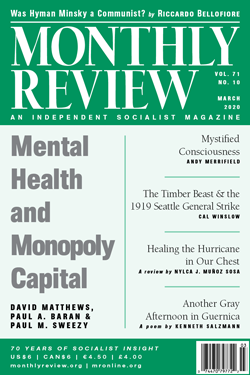