The situation in Venezuela has become extremely dire due to Washington's heightened economic warfare, its continuing attempts to engineer a political coup, and its growing threats of massive military intervention—all aimed at bringing down the Bolivarian Republic. The recent seizure of Venezuelan oil assets in the United States and its gold reserves in British banks, as well as the sanctioning of Venezuelan oil sales, have come on top of a long series of economic sanctions—beginning with the Obama administration and now intensified under Trump's—that constitute nothing less than a modern form of siege warfare, extended to food supplies and medicine. But the Venezuelan Revolution has managed to resist in the face of the economic and political warfare of the most powerful imperialist nation in the world, and the reasons why are to be found in the nature of the Bolivarian Revolution and the Venezuelan people themselves. 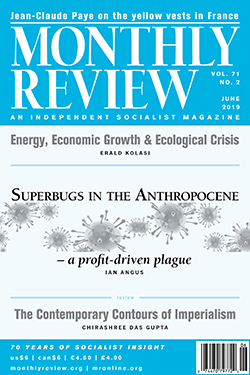