Policing the Poor in Detroit

On the afternoon of November 15, 2013, 150 police officers raided the Colony Arms, a low-income housing complex on Detroit's East Side. One resident described the scene: "I saw…cop cars with the sirens…some kind of tank blocking the back alley, at least two helicopters doing I don't know what…. The officers had real, real long rifles. It was like the army or something…like an invasion…." In all, thirty arrests were made, twenty-one related to parking violations. These arrests yielded a total of zero convictions. The raid occurred on a Friday; all those arrested were released from jail by Monday. The raid was declared a resounding success by the Detroit Police Department (DPD) and all of the city's major media outlets. The raid on the Colony Arms inaugurated Operation Restore Order, a series of seventeen paramilitary police operations carried out between 2013 and 2015. Over the course of the operation, police made over a thousand arrests; as in the Colony Arms raid, however, these yielded little in the way of prosecutions. 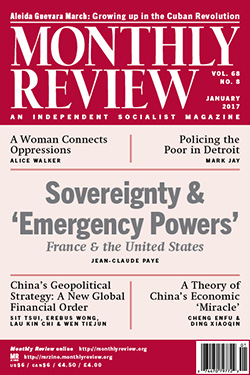