Marx's Ecology and the Left

One of the lasting contributions of the Frankfurt School of social theorists, represented especially by Max Horkheimer and Theodor Adorno's 1944 Dialectic of Enlightenment, was the development of a philosophical critique of the domination of nature.… Yet their critique of the Enlightenment exploitation of nature was eventually extended to a critique of Marx himself as an Enlightenment figure, especially in relation to his mature work in Capital.… So all-encompassing was the critique of the "dialectic of the Enlightenment" within the main line of the Frankfurt School, and within what came to be known as "Western Marxism"…, that it led to the estrangement of thinkers in this tradition not only from the later Marx, but also from natural science—and hence nature itself. Consequently, when the ecological movement emerged in the 1960s and '70s, Western Marxism, with its abstract, philosophical notion of the domination of nature, was ill-equipped to analyze the changing and increasingly perilous forms of material interaction between humanity and nature. 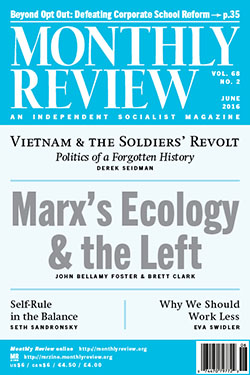