John M. Kirk, Health Care without Borders: Understanding Cuban Medical Internationalism (Gainesville, FL: University Press of Florida, 2015), 376 pages, $79.95, hardback.
When the Ebola virus began to spread through western Africa in fall 2014, much of the world panicked. Soon, over 20,000 people were infected, more than 8,000 had died, and worries mounted that the death toll could reach into hundreds of thousands. The United States provided military support; other countries promised money. Cuba was the first nation to respond with what was most needed: it sent 103 nurses and 62 doctors as volunteers to Sierra Leone. With 4,000 medical staff (including 2,400 doctors) already in Africa, Cuba was prepared for the crisis before it began: there had already been nearly two dozen Cuban medical personnel in Sierra Leone.… Since many governments did not know how to respond to Ebola, Cuba trained volunteers from other nations at Havana's Pedro Kourí Institute of Tropical Medicine. In total, Cuba taught 13,000 Africans, 66,000 Latin Americans, and 620 Caribbeans how to treat Ebola without being infected. It was the first time that many had heard of Cuba's emergency response teams.… The Ebola experience is one of many covered in John Kirk's new book Health Care without Borders: Understanding Cuban Medical Internationalism. 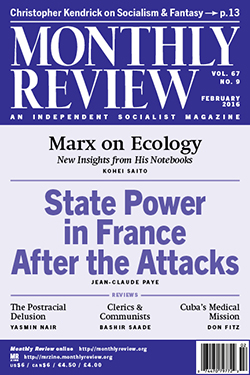