The Part of "Illegal" They Don't Understand

Anyone who really wants to understand U.S. immigration policy needs to read the brief history of the U.S.-Mexico border in Aviva Chomsky's often-brilliant new book on immigration.… Politicians constantly tell us we have lost control of the border. In fact, as Undocumented demonstrates, never in the 166 years since the border was established by the 1848 Treaty of Guadalupe Hidalgo has it been so tightly controlled as it is now. For nearly half its history it was exactly the thing immigration opponents say they fear most—an open border. The first serious restrictions did not come until a head tax and a literacy requirement were imposed in 1917, and even then there was an exemption for Mexican workers, the people most likely to enter the country from the south.… The United States wanted this labor for a reason: it was cheap and disposable. 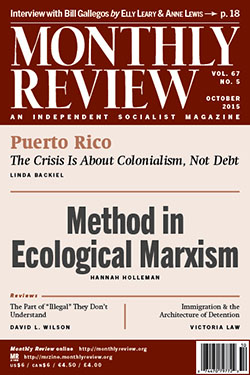