Cal Winslow, ed., E.P. Thompson and the Making of the New Left: Essays & Polemics (New York: Monthly Review Press, 2014), 333 pages, $23.00, paperback.
It is surely difficult for young people today to grasp that thirty years or so ago, radical historian-activist Edward Thompson was by opinion polls intermittently the second or third most popular person in England, just after the Queen Mother. This was despite the British establishment, to say nothing of U.S. Cold Warriors (liberal or conservative), slandering him for decades—and why not? He had led massive protest movements of ordinary people against their government. Worse, in cloistered academic quarters he was viewed as having reorganized the whole idea of social history and turned it over to ordinary people! More than anyone else in the English-speaking world, he made the history of such people important. 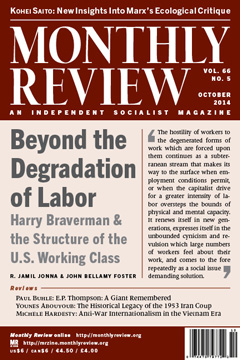