The United States Has Lost the War: An Interview

The death of Vo Nguyen Giap on October 4, 2013, in his 103rd year, was noted with respect everywhere in the world. General Giap commanded the military forces that freed Vietnam from French colonialism in the 1946–1954 war that ended with the victory at Dien Bien Phu (1954), and that then defeated U.S. imperialist aggression in the 1962–1975 war that ended with liberation of Saigon. The heroic and victorious struggle of Communist Vietnam was a major factor in the growth of anti-capitalist and anti-imperialist movements that shook the previously colonized world, Western Europe, and even the United States. … In 1970 Monthly Review Press published Military Art of People's War: Selected Writings by General Vo Nguyen Giap, that included a May 1968 interview with General Giap by Madeleine Riffaud, originally published in l'Humanité on June 4, 1968. In commemoration of Vo Nguyen Giap we reprint that interview. —Eds. 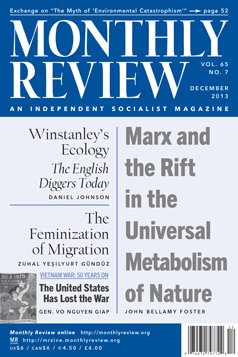