The recent history of Cambodia is little known, greatly disputed, and grim. [A]fter U.S.-backed Lon Nol deposed Sihanouk in March 1970, President Nixon launched massive raids on what he termed "sanctuaries" in Cambodia. The bomb tonnage has been estimated at twice what had been dropped on North Vietnam, and the loss of Cambodian lives at half a million—more than five percent of the total population. U.S. Republican Congressman Pete McCloskey, who visited Cambodia in 1975, described the wreckage as "greater evil than we have done to any country in the world."… Pen Sovann, Prime Minister of Cambodia in 1981 after the ouster of the Khmer Rouge regime and who is today seventy-seven years old, played a central role in Cambodian left politics of the 1970s and '80s. This short biographic sketch of Pen Sovann, who consented to a lengthy interview with the author and is quoted often in the following paragraphs, depicts a political history from a left perspective that is openly hostile both to the Khmer Rouge and the present rulers of Cambodia. We present it as an interesting contribution to a history on which no final judgments are yet possible. —The Editors 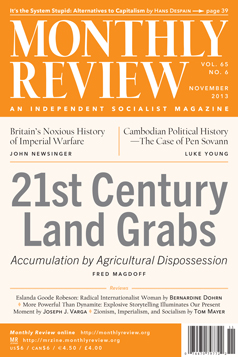