Black/White Radical Alliances in the 1960s

In The Shadows of Youth, Andrew Lewis demarcates the work of various activists, white and black, during the Civil Rights struggle of the 1960s. It is part of Lewis's thesis that the efforts of the Student Nonviolent Coordinating Committee (SNCC), the Congress of Racial Equality (CORE), and other groups were too often overshadowed by those of Southern Christian Leadership Conference (SCLC), and that the individual sacrifices made by a number of workers…. the extent…[of the] alliances…[between] black and white radicals were crucial in a number of settings outside the Deep South and…, in various locales, these alliances made a critical difference in the kinds of results that were obtained. The focus of the alliances…was often on activity that was driven less by nationalist concerns (from a black point of view), and more by concerns best thought of as generally leftist, and specifically Marxist, in origin. Thus the Black Panthers, for one, started off with a statement of purpose that spelled out their desire to work with a number of oppressed peoples, and that featured extensive reference to other persons of color groups as well as to the white working class. 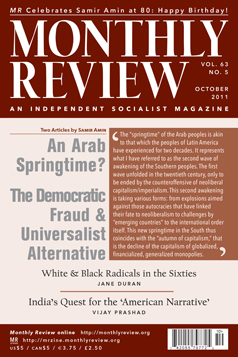