Foreword to the Summer Issue

In the eyes of much of the world, the year 1989 has come to stand for the fall of the Berlin Wall, the demise of Soviet-type societies, and the defeat of twentieth-century socialism. However, 1989 for many others, particularly in Spanish-speaking countries, is also associated with the beginning of the Latin American revolt against neoliberal shock therapy and the emergence in the years that followed of a "socialism for the 21st century." This revolutionary turning point in Latin American (and world) history is known as the Caracazo or Sacudón (heavy riot), which erupted in Caracas, Venezuela on February 27, 1989, and quickly became "by far the most massive and severely repressed riot in the history of Latin America." 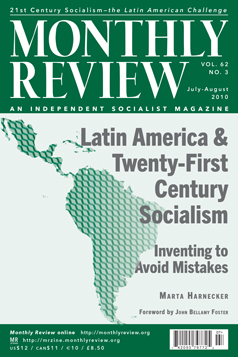