The Penal State in an Age of Crisis

As a rule, crime and social protest rise in periods of economic crisis in capitalist society. During times of economic and social instability, the well-to-do become increasingly fearful of the general population, more disposed to adopt harsh measures to safeguard their positions at the apex of the social pyramid. The slowdown in the economic growth rate of U.S. capitalism beginning in the late 1960s and early 1970s—converging with the emergence of radical social protest around the same period—was accompanied by a rapid rise in public safety spending as a share of civilian government expenditures. So significant was this shift that we can speak of a crowding out of welfare state spending (health, education, social services) by penal state spending (law enforcement, courts, and prisons) in the United States during the last third of a century. 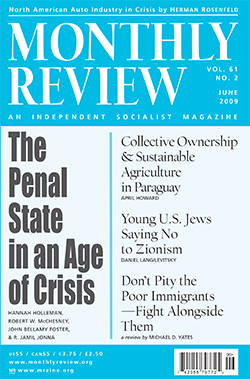