The War for Control of the Periphery

Steven Hiatt, ed., with introduction by John Perkins, A Game as Old as Empire: The Secret World of Economic Hit Men and the Web of Global Corruption (San Francisco: BK Currents, 2007), 310 pages, paper $24.95.
Just before John Perkins, author of the bestselling Confessions of an Economic Hit Man, decided it was no longer possible to remain silent about his intimate involvement in the economic warfare waged against the Global South, he sat despondently before the ruins of Ground Zero, totally incapable of visualizing the tragedy: all he could see was a U.S. contractor delivering millions of dollars of weapons to the mujahadeen in Afghanistan. Perkins understood himself—a former economic advisor for a multinational utilities contractor, similar to Bechtel—and others like him, to be products of a "system that promotes the most subtle and effective form of imperialism the world has ever witnessed." Mainstream commentators addressing Perkins's book ignored the vivid recounting of his own personal involvement as an economic hit man. This is undoubtedly because Perkins used this experience to emphasize the substantial connections between U.S. intelligence agencies, multinational corporations, and political elites of the Global South, laying bare the true motives of "development." As an "economic hit man," Perkins fabricated nearly every economic forecast he was asked to produce—as his bosses clearly expected him to do. This led him to repeatedly attack U.S. economic dogma in Confessions 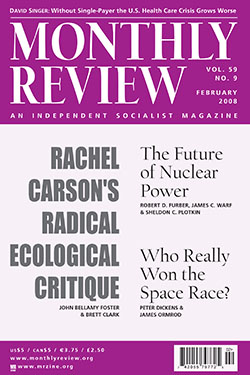