The Pedagogy of Oppression: A Brief Look at 'No Child Left Behind'

The origins of the current standards-based movement in public education can be traced back to the early twentieth century when curriculum theorists like Ellwood Cubberley and others attempted to align school curricula to the needs and demands of the U.S. economy by developing a scientific approach to designing and planning them.1 From the 1950s to the 1970s, with the Cold War in full swing, the "back to basics" movement gained momentum in teacher education programs and graduate schools of education. Supporters of the movement were determined to ensure that school curricula reflected not only the ideologies and political views of the dominant social classes in the United States, but that they also prepared students for employment in the growing military industrial complex to defend the country against the so-called communist threat 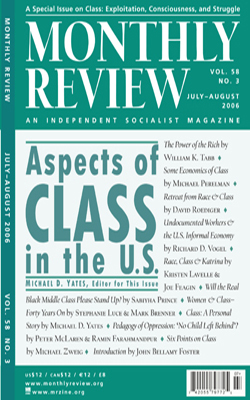