» Notes from the Editors
In April 2000 Robert W. (Bob) McChesney and John Bellamy Foster joined Harry Magdoff and Paul Sweezy as coeditors of MR. In December 2002, while still coeditor of MR, Bob, working in close collaboration with journalist John Nichols and campaign finance reform advocate Josh Silver, launched Free Press, a nonpartisan media reform organization. From the start Free Press was unique in three ways: (1) it took on the entire gamut of media policy issues with the idea of building a unified grassroots coalition against the corporate-dominated media; (2) it sought to draw popular organizations into the movement for media reform, including organized labor, educators, feminists, civil rights organizations, and environmentalists (and was willing to ally with conservative groups committed to the principles of a free and open media system); and (3) it was dedicated to taking the offensive on media issues by sponsoring legislation in cooperation with members of Congress in an effort to change the status quo. By 2004 Bob's growing responsibilities as founder, president, and board chairman of Free Press, in addition to his already arduous teaching, writing, and speaking commitments, compelled him to resign as MR coeditor, though he remains a director of the MR Foundation 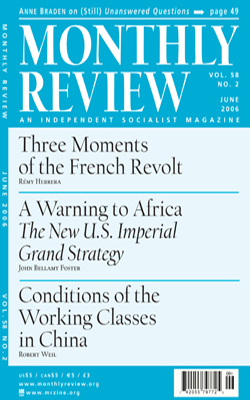