For seven years Germany has been governed by a center-left coalition. This government was elected in 1998 because a majority of the electorate was tired of conservatives promising that fiscal austerity, lower unemployment benefits and social security, and restrained wage growth would bring prosperity and full employment. However, the new government's program has made that of its predecessor look like neoliberalism with a human face. The new government, led by the Social Democratic Party of Germany (SPD), has launched the most severe attacks on labor and social standards since the establishment of a welfare state after the Second World War. Since, for most of its history, the SPD has presented itself as the main force pushing for expansion of the welfare state, its anti-worker actions have deeply disappointed its followers and surprised its opponents 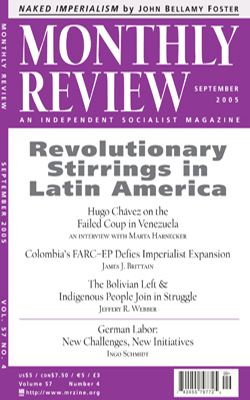