Upton Sinclair and the Contradictions of Capitalist Journalism

Beginning in the 1980s, there was a significant increase in awareness of the deep flaws of mainstream journalism among those on the U.S. left. Writers such as Todd Gitlin, Herbert Schiller, Gaye Tuchman, Ben Bagdikian, and Michael Parenti, each in his or her own way, drew attention to the incompatibility between a corporate run news media and an ostensibly democratic society. The work of Edward S. Herman and Noam Chomsky, in particular, introduced an entire generation of progressives to a critical position regarding mainstream journalism. As the title of their masterful Manufacturing Consent indicated, the capitalist news media are far more about generating support for elite policies than they are about empowering people to make informed political decisions. 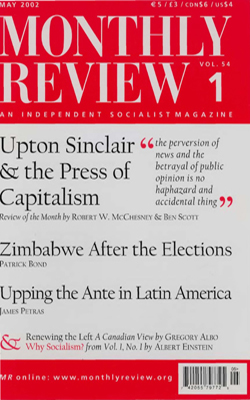