Notes from the Editors, February 2002

The meltdown of Enron, the giant energy trading firm, which recently ranked as the seventh largest U.S. corporation—now its largest ever bankruptcy—is one of the most startling events in U.S. financial history. Only a few months ago Enron was the toast of Wall Street. It was the symbol of the New Economy and of the deregulation of both finance and energy markets. Its former CEO, Jeffrey K. Skilling, promoted the idea that assets were not what made a company valuable. Instead what counted was a corporation’s intellectual capital. He sold the idea of Enron as a nimble, highly-leveraged, asset-light company engaged in aggressive internet-based trading. The point is that this huge and highly regarded corporation did not make anything. Nor did it perform a service like distributing energy. It was in essence a purely speculative enterprise, making money through trading made possible by the deregulation of a basic consumer need (electricity). And U.S. business bought it! For six years in a row, the editors of Fortune magazine selected Enron as the most innovative among the magazine’s most admired corporations. Enron was a principal fundraising source for President George W. Bush’s electoral campaign. It was a big winner in California’s electrical deregulation crisis, which generated skyrocketing electricity prices and huge profits for big energy traders. Enron’s corporate empire was underwritten by some of the biggest U.S. banks, including J. P. Morgan Chase and Citigroup 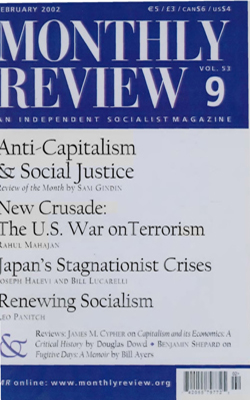