Marxism and the Social Sciences

This year is the twenty-fifth anniversary of the death of Maurice Dobb (1900-1976), the foremost Marxian economist of his generation in Britain. Dobb was for many years a Reader in economics at Cambridge University and a Fellow of Trinity College. He assisted Piero Sraffa in editing David Ricardo's Works, and was noted for his contributions to value theory, the theory of economic planning, and the analysis of Soviet economic development. (During the 1950s and '60s he contributed to Monthly Review on four occasions, mostly on socialist economic planning.) His best known work, however, was Studies in the Development of Capitalism (1946), an investigation into economic history that was to inspire the famous debate on the transition from feudalism to capitalism, beginning with Paul Sweezy's review of the book in Science & Society and the resulting exchange. In the 1940s, Dobb participated in the discussions of a group of British Marxist historians that included Christopher Hill and Rodney Hilton, and it was out of this experience that Studies in the Development of Capitalism arose, as well as the following essay, first delivered as a contribution to a symposium on dialectical materialism in Cambridge, Easter term, 1942, and then published in revised form in The Modern Quarterly (London, new series) 3:1 (Winter 1947-48), 5-21. *Although little known, "Marxism and the Social Sciences" stands out as one of the classic statements on Marx's method. Despite the almost fifty years since it was first drafted, it is scarcely dated (apart from a couple of references to the Soviet Union under Stalin), and is in our opinion well-worth close study, even by those already familiar with its subject matter. —The Editors 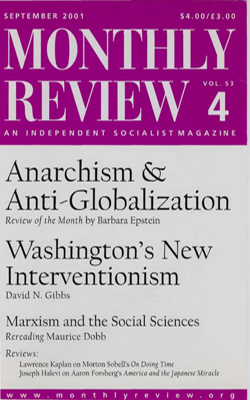