Notes from the Editors, February 2001

The attention given to the Florida elections in the US presidential race has highlighted the horrendous fact that in Florida and throughout the South thirty-five years after the passage of the Voting Rights Act there are numerous ways in which African Americans are prevented from voting. Thus Florida is one of fourteen states that bar ex-criminal offenders from voting even after they have completed their sentences. In Florida alone more than 400,000 ex-criminal offenders who at one time received felony convictions but who have now completed their sentences and are no longer in prison, on probation, or on parole have been barred from voting in this way. This includes almost one-third of black men in that state and more than 200,000 potential African-American voters, 90 percent or more of whom could have been expected to vote Democrat if they had voted. This situation in Florida and other states is documented in a 1998 report entitled Losing the Vote, issued by Human Rights Watch and the Sentencing Project, available on-line at http://www.hrw.org/reports98/vote/. Given the fact that under the present criminal injustice system African Americans are far more likely to be arrested and given felony convictions than their white counterparts this becomes an effective means of political control 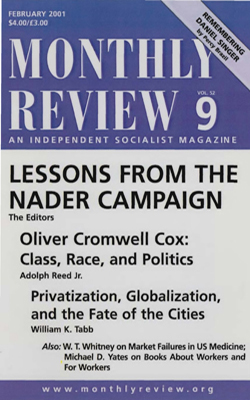