Notes from the Editors, November 2000

Dissatisfaction with what has happened to the study of economics is producing a rapidly growing revolt among economics students in France, Britain, the United States, and elsewhere. Within a matter of months, this new movement has made considerable inroads in exposing the meaninglessness of orthodox economics in contemporary capitalist societies. Students are eagerly looking for answers about the issues of the day, such as expanding globalization, growing dominance of international finance, increasing polarization between the rich and poor nations and between the rich and poor of each nation. But orthodox economics has no meaningful answers to any of these questions—a fact that has fed the widening rebellion among economics students in numerous countries. Before reporting on this new discontent, we need to provide some background on how economics has been transformed, since its classical period, into a study that is becoming more and more irrelevant 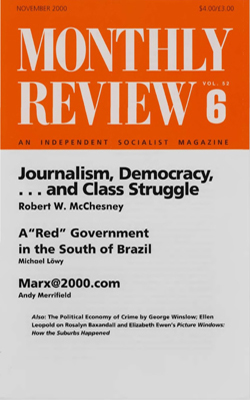