If we define sub-Saharan Africa as excluding not only north Africa but also bracket off, for the moment, the continent's southern cone, dominated by South Africa, the key fact about the rest—the greater part of the continent—is thrown sharply into relief: after 80 years of colonial rule and almost four decades of independence, in most of it there is some capital but not a lot of capitalism. The predominant social relations are still not capitalist, nor is the prevailing logic of production. Africa south of the Sahara exists in a capitalist world, which marks and constrains the lives of its inhabitants at every turn, but is not of it. This is the fundamental truth from which any honest analysis must begin. This is what explains why sub-Saharan Africa, with some 650 million people, over 10 percent of the world's population, has just 3 percent of its trade and only 1 percent of its Gross Domestic Product; and why income per head—averaging 460 dollars in 1994—has steadily fallen, relative to the industrialized world, and is now less than a fiftieth of what it is in the Organization for Economic Cooperation and Development (OECD) countries. It also explains why sub-Saharan Africa's economies have responded worse than others to the market-oriented development policies urged on it by the World Bank and other outside agencies since the 1980s. Now the aid flow is declining, while population growth is still racing towards a barely imaginable 1 to 1.2 billion in the year 2020. 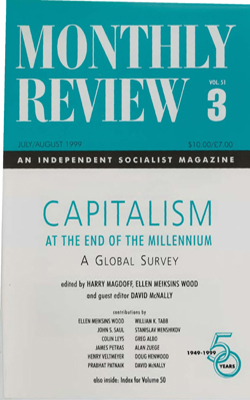