On Understanding the History of Capitalism

We started writing about the U.S. economy going into recession at least as long ago as 1989. By late 1990 it became official, and it has lasted ever since with a few false starts in between. As we write this (late August), all signs point to more of the same. Why? Normally, recessions last a few months, and recovery, once it begins, proceeds for at least a year or so. Why is it different this time? This is the question that haunts the business press these days. The answers, to the extent that any are offered, are pitiful. An entire multi-trillion-dollar economy is behaving in ways that no one expected; explanations range from the trivial to the absurd. If there ever was an intellectually bankrupt society, this is surely it. And, ironically, it exposes its bankruptcy in the middle of what its most respected scientists and thinkers hail as an unprecedented information-and-communications revolution. 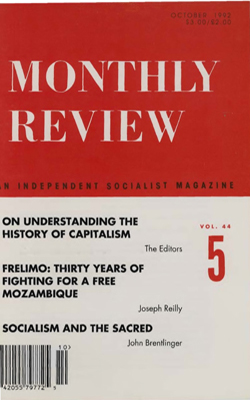