Aboriginal People and Imperialism in the Western Hemisphere

During the 1982 session of the United Nations' General Assembly, the representative of the government of Spain proposed that the U.N. celebrate the 500-year anniversary of the first voyage of Columbus to the Western hemisphere by declaring 1992 an official U.N. year: "The Meeting of Two Worlds," it would be called. Of course, as always in such diplomatic matters, Spain had lined up co-sponsors—the Latin American and Western bloc countries. The Eastern European/USSR (at that time still the "socialist" bloc), and Asian states had indicated that they would not oppose the measure. 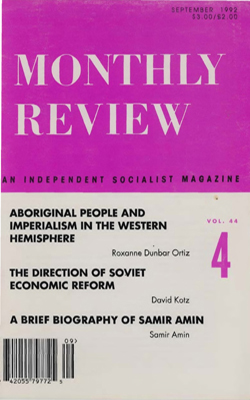