Capitalism and the Ancient Forest

The battle for the old growth forest of the Pacific Northwest, which gained widespread national attention with the designation of the northern spotted owl as a threatened species in June 1990, can be thought of as a complex set of social and ecological problems traceable to a single cause: the continuing failure on the part of timber capital and the federal government to see either the forest for the trees or the trees for billions of board feet of standing timber. By the late 1980s this environmental failure had reached such tragic proportions that the Pacific Northwest forest ecosystem, one of the most important natural environments on the face of the earth—encompassing many of the world's oldest and largest trees, storing more carbon per unit area than any other terrestrial ecosystem, and supporting the largest or second largest accumulations of living matter per unit area to be found anywhere, including numerous rare and endangered species—was increasingly being threatened with annihilation. 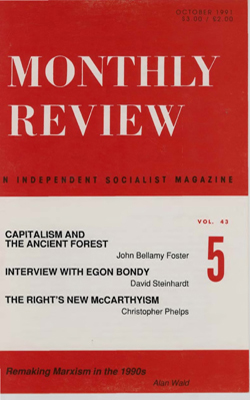