A New Stage of Capitalism Ahead?

Historical memory has a way of playing tricks with our understanding of the present. As the Second World War drew to a close, what was uppermost in the thinking about the postwar world was the Great Depression and the likelihood of a return to stagnation and mass unemployment. That memory became dimmer and dimmer the more the postwar wave of economic expansion took hold. In its stead came a vision of prosperity without end: a secular boom that might go on for a hundred years, if not longer. Nevertheless, the boom began to weaken at the end of the 1960s; world capitalism has been losing steam ever since, with the centers of world capitalism turning from fully employed to increasingly seriously underemployed economies. Yet even after almost two decades of stagnation, the aura of the successful early postwar decades persists, reinforced by the buoyant, ballooning sphere of international finance and speculation. Thus, in radical as well as conservative circles the belief prevails that the years of slowdown and extensive unemployment are only an interlude, that somehow or other the secular boom will before long reassert itself. This is implicitly assumed when ruling classes defend their austerity programs, which they argue are needed to clear the way for a resumption of vigorous growth. 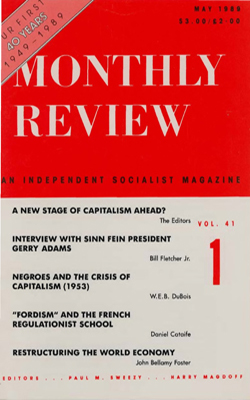