A Memoir of Auschwitz and Birkenau

The literature on Auschwitz, is now extensive and there may, at first, seem to be little point in publishing yet another memoir if one of its firmer inmates, all the more so when the memoir is brief and adds no new facts to those already well-known to the world. But it is the person and perspective of the author which give the memoir below some claim to our attention. The author was the Ukrainian Marxist Roman Rosdolsky (1898-1967), who was arrested by the Gestapo in Cracow in 1942 for aiding Jews. Rosdolsky had been one of the founders and leading theoreticians of the Communist Party of Western Ukraine, but he left the party in opposition to Stalinism in the late 1920s. He remained true to the principles of revolutionary Marxism fir the rest of his life. Since the 1930s he devoted himself to scholarship, producing a number if important studies in German and Polish on the agrarian history of East Central Europe and on the history and interpretation if Marxism. Part of the latter series was his very famous work on The Making of Marx's Capital (Pluto Press, 1981). The text which appears below was originally published in the Ukrainian emigre socialist journal Oborona in 1956 and reprinted by another Ukrainian socialist journal, Diialoh, in 1984. This is its first appearance in translation. - John-Paul Himka (Professor if History, University if Alberta). 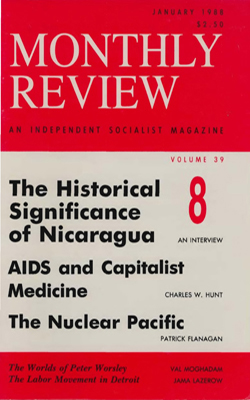