Was Marx a Black Man?: Comments by Readers

Herbert Vilakazi's essay "Was Karl Marx A Black Man?" (Monthly Review, June 1980) was a very interesting piece of reading. Yet, it never raises the more serious questions that surround his speculative hypothesis. It seems that the more relevant question would be something like the following: In what way does being black have a bearing on Marx's science? Does the possibility of Marx being black have anything to do with his major scientific discoveries? What does being black have to do with, for example, the findings of Marx that relate to the fact that surplus value must increase if the aim of capitalist production is to progress? Does this hypothesis of Vilakazi's have any connection whatsoever with the important work by Marx on the "Irish Question"? How significant is this hypothesis in relation to Marx's analysis of U.S. slavery and the Civil War? Marx's insight, again on slavery, in the Poverty of Philosophy is important—does his being black have anything to do with this? If Marx was a black man, does this have any bearing on the important chapter 25 in Capital entitled "The So-Called Primitive Accumulation," where he breaks with Eurocentric thought by demonstrating that the accumulation of capital has a prior accumulation—that is, this prior accumulation anticipates capitalist production proper and in many instances takes place in what we now call the "Third World." (Discussion by Earl Smith, Hans Blumenfeld, Arthur DiQuattro, John E. Reinecke, and The Editors.) 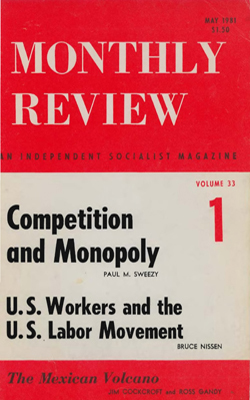