Monday was a strange day in Addis Ababa. People talked quietly with friends, trying to piece together what had happened over the weekend. On Friday morning, April 29, virtually everyone in different parts of this city of one million had heard heavy gunfire. Not the light, sporadic rifle fire that is common after 11:30 P.M., when the midnight curfew is announced prematurely, but a heavier machine-gun sound at 6:30 P.M. Most people had heard that there was a student demonstration which had been suppressed with gunfire with some loss of life. Only gradually did people begin to comprehend that the demonstrations had been widespread (perhaps in a dozen places). The army—actually it was not the army, but a specially trained branch called the "flame," recruited from impoverished, unemployed illiterate lumpen immigrants in the city, prone to follow any order—responded rapidly with jeeps. Mounted on the backs of the jeeps were heavy machine guns. Sitting behind the machine guns were soldiers wearing yellow goggles, symbolically separating them from their countrymen. At each demonstration the begoggled machine gunners let loose, cutting down dozens of teenagers, demonstrators as well as shoppers, people going to night school, walking home from work, or on the street for any reason. At a few places the demonstrators shot back, but for the most part they were unarmed. 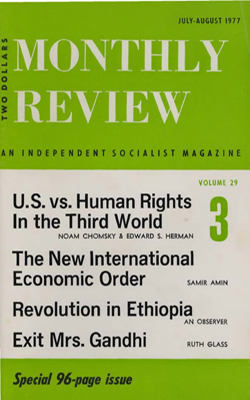