The first draft of this article was written after the author's return from a visit to Czechoslovakia in the spring of 1968 and before the Soviet invasion in August of that year. Subsequent correspondence and revisions of the article have aimed solely at clarifying and sharpening the arguments. Both the author and the editors therefore wish it to be known that the article is in no way to be taken as expressing support for or opposition to the Soviet intervention. The author adds that his criticism of the particular economic reform program which was discussed and partially introduced in Czechoslovakia in the period 1964-1968 does not imply support for the economic or political policies of the Novotny era. Our reason for publishing the article even after the events of the summer of 1968 is that the basic issues discussed, as well as Sik's ideas of how to deal with them, are as relevant today as they were last year or two years ago, not only in Czechoslovakia but also in the Soviet Union and all the other socialist countries. —The Editors. 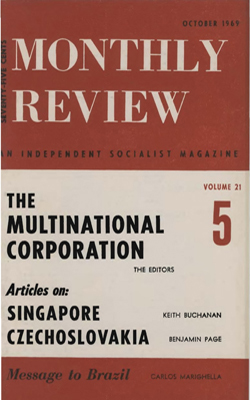