The following letter is from Pierre Vallieres, one of the leaders of the Front de Liberation Quebecoise, the revolutionary nationalist organization of French Canada. Pierre Vallieres, whose article, "Quebec: Nationalism and the Working Class," appeared in MRin February 1965, is serving a life sentence in Montreal for his political activities in favor of an independent and socialist Quebec. The "Charles" to whom he refers in the first paragraph is Charles Gagnon, another leader of the FLQ, who is also in prison awaiting trial in connection with the same events. 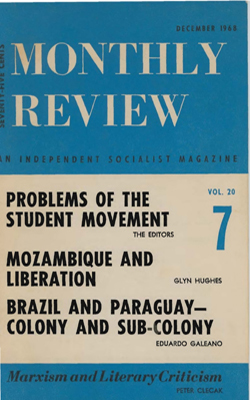