On Changing the World: A Reply to Karl Miller

The review of One Dimensional Man, written under the pseudonym of Karl Miller (Monthly Review, June 1967) would not deserve a reply, were it not for the fact that it appeared in Monthly Review, a magazine devoted to the development of independent socialist thought. In my view, this task demands the rebuttal of all attempts to stifle socialist thought by the uncritical use of concepts inadequate to the understanding of prevalent social forces and tendencies. I have been anxious to see a critique of One Dimensional Man which would have shown that I was wrong, that I overrated the cohesion and power of advanced capitalism and underrated the strength and the prospects of the opposition. Karl Miller offers the caricature of such a critique: he misrepresents my position, builds up straw men which he then violently attacks, pours out angry invective instead of engaging in a substantial discussion. 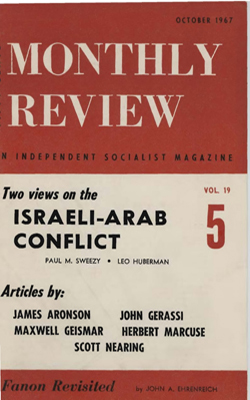