Behind the Curtain of Silence

La Vietnam entre deux paix (Paris: Editions du Seuil, 1965) by Jean Lacouture and Dans les maquis "vietcong" (Paris: Juliard, 1965) by Madeleine Riffaud.
In the New Zealand press probably in the British press' certainly in the BBC's news bulletins, the Vietnamese conflict is, at the present moment (mid-October), either sedulously ignored or dismissed in a few brief words. The full extent of this conspiracy of silence becomes apparent only if one follows the French press: thus the issue of Le Monde of October 10-11 comments that "defoliation missions have become an almost daily event around the An-Khe base.…Some months ago a vast defoliating operation was carried out to the east of Saigon to cut the country in two"; the same issue adds that "on Wednesday 172 fighter-bombers carried out a total of 42 attacks on North Vietnam. This is the highest number of a!tacks recorded since the beginning of the raids on February 2." The character of the Vietnamese war, the mounting campaign of terror designed to bring the Vietnamese people to their kees, the increasingly sophisticated barbarisms employed (fragmentation bombs, chemicals, gas, and new types of dumdum bullets), all these are carefully hidden from us behind a curtain of silence. 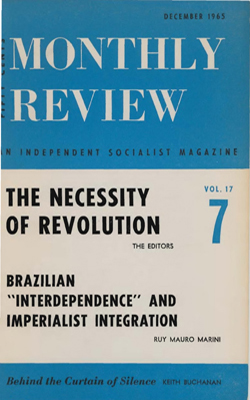