"It was much more difficult to take power in Russia in 1917 than it would have been in Chile in 1964. Lenin had to face a domestic and international situation that was far less favorable than the one FRAP (Frente de Accion Popular) had to cope with. But, had he wanted to take power by means of elections organized by the February Provisional Government; had he won the support of certain army officers in order to assuage the fears of the bourgeoisie; had he declared publicly that he would not expropriate banks or church property in order to discourage intervention by the English, French, Americans, and Germans; had he, instead of presenting his April Theses, curbed strikes and demonstrations by the workers of Petrograd, in the name of moderation and prudence, then there would have been no Soviet Union, and the course of history would have been different. Not only was there no Lenin in Chile, but, where Lenin's party was resolved to take power, FRAP was resolved to enter the government." 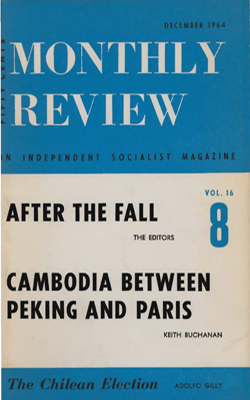