Positive Aspects of the Sino-Soviet Dispute

Because the author, who was then in Brazil, failed to receive a copy of last October's MR until several months later, the following commentary on that month's Review of the Month did not reach us until March and couldn't be fitted into the April issue. The arguments presented, however, are as relevant today as they would have been last fall. Further, for our part, we find them more persuasive than we would have six months ago. The necessity of a well-prepared and militant revolutionary movement in the underdeveloped countries has been dramatically illustrated once again in Brazil. The full story has not yet been told, but it is at least conceivable that if the Communist Party there had not been following a line of collaboration with the supposedly strong national bourgeoisie represented by Goulart and instead had been mobilizing support for a revolutionary counter-attack when the inevitable right-wing military coup materialized, the outcome in Brazil might have been different. In any case, Brazil should deal the final death blow to hopes of peaceful transition in Latin America. To achieve clarity on this is now a matter of crucial importance, and there can be no doubt that the Sino-Soviet debate has done a tremendous amount to hasten the process along. —The Editors 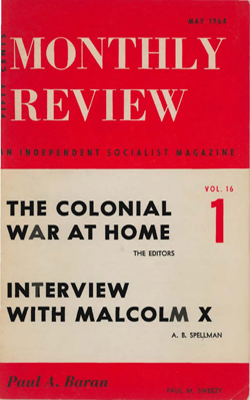