The Meaning of Little Rock

There is probably no politician in the United States who has a more highly developed propensity to compromise than President Eisenhower. The principles he believes in are all much too vague and general to define a specific course of action, and he seems to be temperamentally opposed to taking a strong stand on anything. It was thus in a spirit of unlimited compromise that he approached the school integration problem. In response to a question at a press conference on July 17th, he said: "I can't imagine any set of circumstances that would ever induce me to send Federal troops…into any area to enforce the orders of a Federal court, because I believe the common sense of America will never require it." When, less than two months later, Governor Faubus, taking Eisenhower at his word, began for the first time to put into practice the infamous doctrine of interposition, the President shilly-shallied, begged the Governor not to do it, received him as an official guest, and issued statements conveying a totally misleading picture of the real situation—all presumably in the hope that he could somehow muddle through without ever facing the issue squarely. 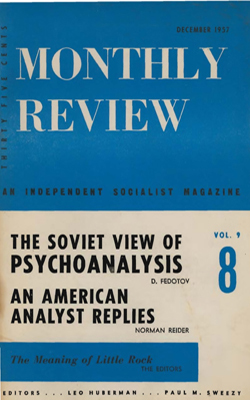