The Jewish Problem in the USSR, Part I

In recent months the newspapers and the airwaves have been full of charges, denials, and countercharges concerning the treatment of Jews in the Soviet-bloc countries. At the same time there has been an almost total absence of dispassionate analysis of the Jewish problem in the USSR--or even, for that matter, of recognition that there is such a problem. Enemies of the Soviet Union have contended that the Soviet leadership is using the Jews as pawns in the Cold War; friends of the Soviet Union have tended to counter with the charge of malicious anti-Soviet lies and propaganda. But there is a very real Jewish problem in the USSR. 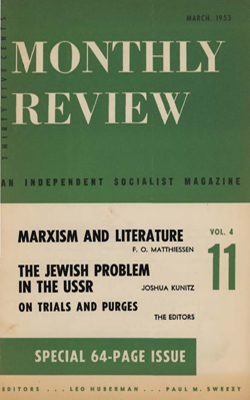