The New Cold War on China

The imperialist world system, crowned by U.S. hegemony, is now threatened by China's seemingly inexorable rise and pursuit of its own distinctive sovereign project. In this respect, the Trump administration's prosecution of a New Cold War on China was no anomaly, but rather the inevitable U.S. response to China's rise and the end of Washington's unipolar moment. The Biden administration has made it clear that it not only intends to continue the New Cold War, but to accelerate it. 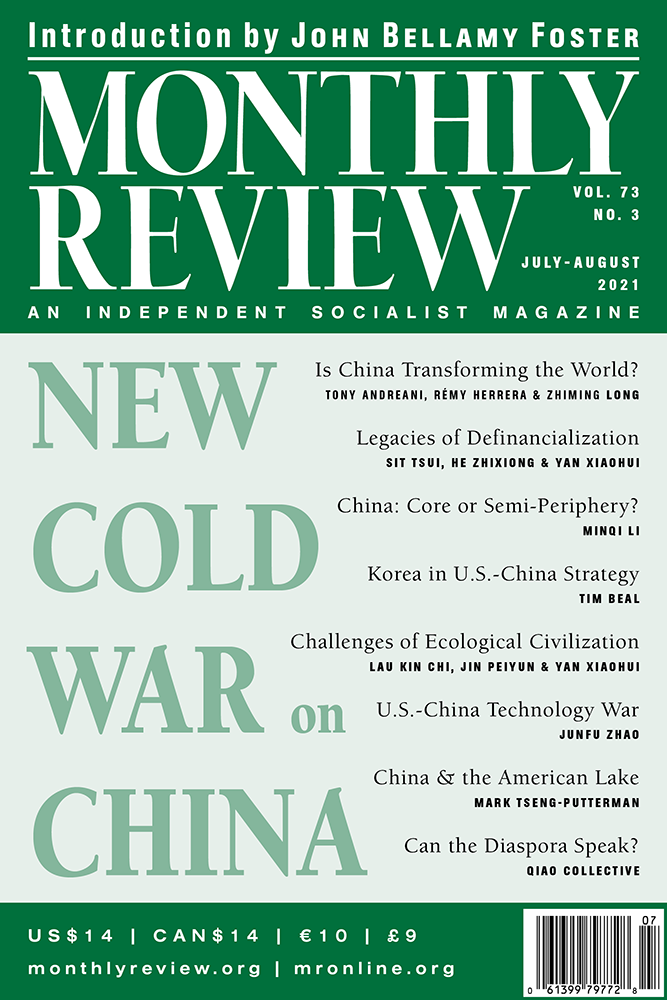